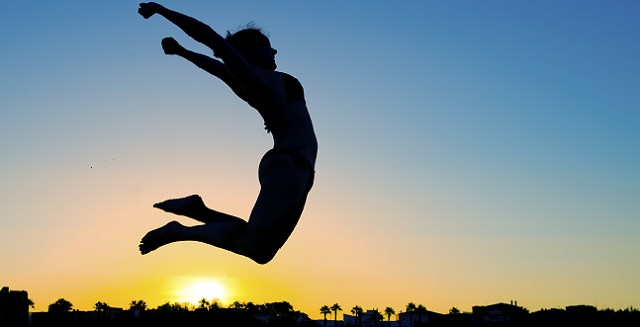 Historically in oncology, the therapeutic use of radiation has been based on its ability to kill cells and selectively target tumor tissue. More recently a paradigm shift has been seen - combining radiotherapy with up and coming immunotherapies to exploit the benefits of each treatment and extend patient survival. Recent preclinical research in this area has shown that triple therapy (with focal radiation boosting treatment with two immunotherapeutic agents) has had particularly impressive survival results in glioblastoma.

Whole body irradiation has long been used as an immunosuppressant in clinical oncology, and only in recent years has targeted, local irradiation emerged as a way to actually boost the immune response to cancer. This work has been advanced by the development of image-guided radiation therapy, which uses real time imaging and adjustment of therapeutic beams to focus high radiation doses precisely on a tumor in patients, and image guided micro-irradiation™ (IGMI) allowing a similar technique to be used in preclinical experiments.

Also over the last few years, immunotherapies (such as anti-PD-1 and anti-CTLA-4 antibodies) have become a hot topic in oncology, and taking advantage of a patient’s own immune system is showing considerable success for patients and in clinical trials. Researchers are now turning their attention to combining radio- and immunotherapies in the hope of achieving synergistic effects.

Recently published data has shown the advances in preclinical research that combination therapies are providing in glioblastoma multiforme (GBM). GBM is the most common and most aggressive malignant brain tumor in adults, and has a particularly poor survival rate – patients usually live for less than 15 months after diagnosis, and currently there are no effective long term treatments for the disease.

The new study treated mice implanted with GBM cells, and combined highly focused radiation therapy using the Small Animal Radiation Research Platform (SARRP) from Xstrahl (a partner of Crown Bioscience) with immunotherapeutic anti-4-1BB and anti-CTLA-4 antibodies. These antibodies have complimentary effects – stimulation of anti-tumor T cells by the anti-4-1BB antibody, and blockade of a T cell immune checkpoint by the anti-CTLA-4 antibody. Combined in the triple therapy, the radiation specifically targeted the GBM tumor cells to cause cell death and to induce an immune response. This response was then boosted by the T cell “on signal” and blocking of the T cell “off signal” provided by the two immunotherapeutics. The triple therapy resulted in greatly improved survival - median survival was an average of 67 days compared with 21 days when no treatment was given, and 24 and 23 days for radiation and combination immunotherapies alone. Half of the mice who received triple therapy were also designated “long term survivors” living 100 days or more.

Another important aspect of the triple therapy was that it produced a glioma-specific anti-tumor memory response, when glioma cells were re-introduced into previously treated mice, tumors did not develop. The authors have speculated that when the original tumor cells are killed by the radiation they might release proteins that train immune cells to recognize and attack that specific cancer. The immune cell memory doesn’t protect against other cancer types, but did seem to stop glioma recurrence.

Crown Bioscience is happy to see the progress being made in combination therapy research, especially in a cancer type with limited treatment options. It will be interesting to see if this research translates into patient benefit; the study authors are currently developing a variety of clinical trials to test combination therapies against brain tumors.

Crown Bioscience supports preclinical radiation research though our partnership with Xstrahl, and are the only CRO to provide services using the SARRP for a variety of research needs including trialing combination therapies, positioning or repositioning of an agent, or trialing radiotherapy as an individual treatment option. We also have a range of immunotherapy platforms (with either murine or human immunity) in a range of different cancer types for use in your research, including syngenic models, GEMM, MuPrime™ (the murine version of HuPrime® which is the world’s largest collection of well-characterized and validated PDX models), HuMice™ (humanized mice produced through inoculating human hematopoietic cells into immunocompromised mice), and MiXeno™ (creating transient human immunity by mixing human peripheral blood mononucleated cells with xenograft models).

Contact us at busdev@crownbio.com to talk to our experts about how using our immunotherapy models and IGMI can drive forward your preclinical research today.