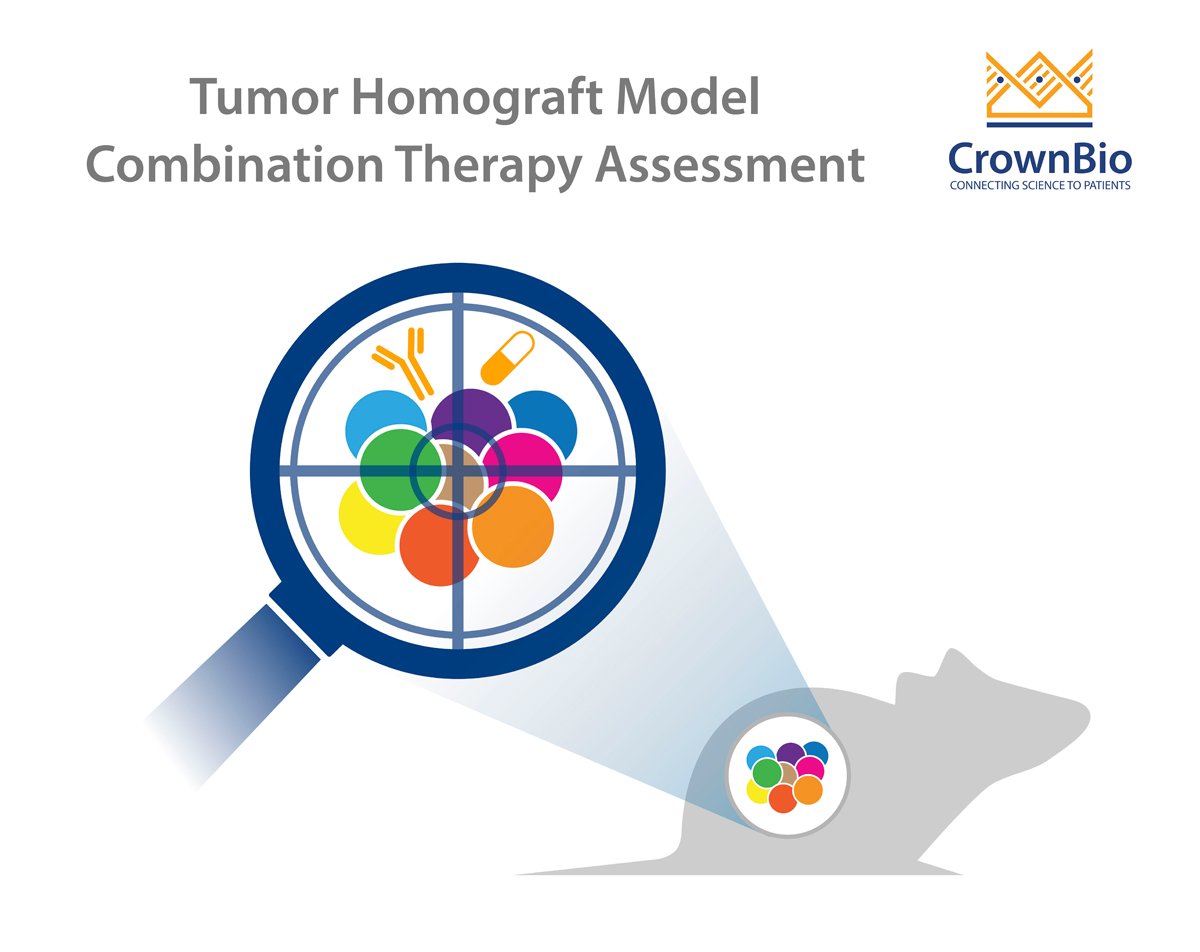 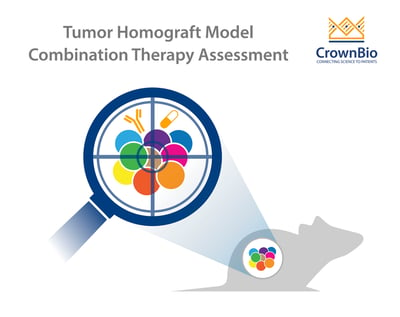 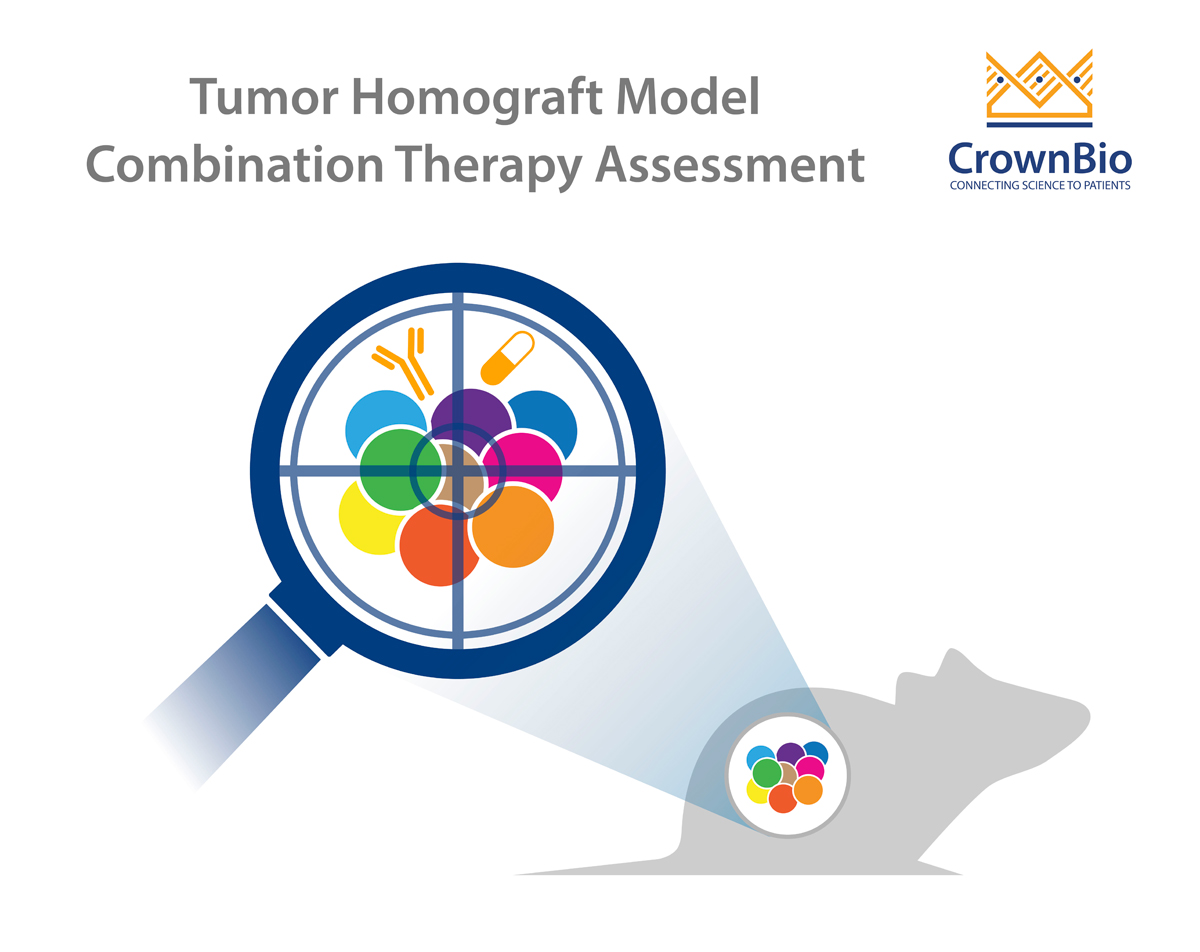 What are Tumor Homograft Models?

In this post, we’re focusing on how tumor homograft models can be used to assess combination immunotherapies, providing preclinical evidence to support downstream clinical development.

The Rise of Combination Immunotherapies

Immune checkpoint inhibitors (ICI) have revolutionized the cancer therapy landscape. ICI work by blocking proteins on the surface of tumors or immune cells that dampen the immune response. This enables the patient’s own immune system to better fight the disease.

However, while immune checkpoint therapies are efficacious in many patients, there’s still a significant patient population that don’t respond to treatment. There’s a pressing need to extend durable responses, both to more cancer types and to a wider selection of patients.

One way to address this unmet need is to combine ICI with targeted agents which are capable of establishing favorable tumor immune microenvironments. Targeted therapies tend to be rapidly effective in a broad patient population, but lack durability of response due to adaptive resistance to treatment. Combining these agents with ICI can provide the needed durability of response.

PARP inhibitors, such as talazoparib and olaparib, are known for their role in inhibiting DNA repair and inducing tumor cell death. Recent studies on PARP inhibitors also show they have the potential to modulate the tumor immune microenvironment. In tumor cells with BRCA mutations, synthetic lethality induced by PARP inhibition increases genomic instability and cell death. This, in turn, causes an increased neoantigen load and antitumor T cell response.

In a recent study, a new combination therapy rationale was explored – combining niraparib, a highly selective PARP1/2 inhibitor, and ICI. A variety of in vivo tumor models were used to investigate the combination effects, including tumor homografts. The models each carried characteristics such as BRCA proficiency or deficiency, niraparib sensitivity or resistance, and ICI resistance, which were used to answer different questions.

Combination Effects in Both BRCA Deficient and Proficient Tumors

The efficacy of combination niraparib + anti-PD-1 was first confirmed in BRCA-deficient tumors including BRKras (syngeneic) and MDA-MB-436 in NOG-EXL humanized models.

Notably, the SK6005 tumor homograft model was sensitive to 50mg/kg niraparib alone and the treatment led to the recruitment of immune cells to the tumor. When the niraparib dose was halved, the model was resistant to either niraparib or anti-PD-1 alone, but was responsive to the combination of agents.

The immunomodulatory effects of niraparib in both BRCA-proficient and deficient models included interferon pathway activation and increased immune cell infiltration. The authors surmise that these effects may be responsible for enhancing the effects of immune checkpoint blockade in this study.

There is an unmet need in the homologous-recombination-proficient population, so the fact that a PARPi was able to sensitize BRCA-proficient tumors to ICI provides a potentially positive outlook for patients.

In this elegant study, tumor homografts supported the currently tested clinical strategy of PARP inhibition with ICI therapies. The critical next step is to understand the patient populations that will benefit the most from this combination.

The Future of Targeted Agents and ICI Combinations

When moving forwards with new targeted agent and ICI combinations, it’s important to fully assess the safety of the regimen. Removing the breaks to the immune system or potentiating endogenous cytotoxic responses can have adverse toxicity effects.

Immune-related adverse effects have been observed in studies combining targeted agents and immunotherapy. For example, the combination of targeted therapy and ICI in EGFR-positive or EML4-ALK–positive NSCLC are often associated with increased toxicities, but not accompanied by clinical benefit. The combination of BRAF inhibitors with anti-CTLA-4 antibody has also led to concerning toxicities as well.

Therefore, it is crucial to test the timing and safety of these combinations at an early stage. Thoroughly interrogating different combination regimens in relevant preclinical models, such as tumor homografts, is key to successfully reaping the patient benefits of combined targeted therapies and ICIs.