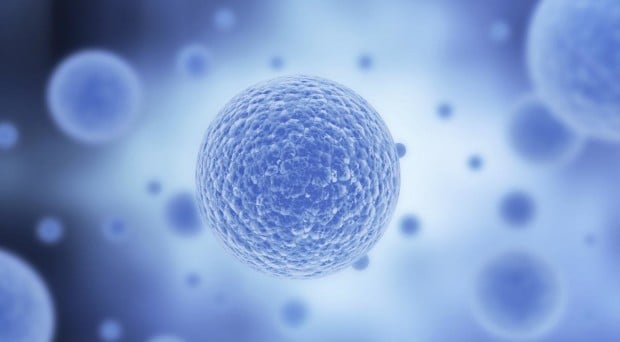 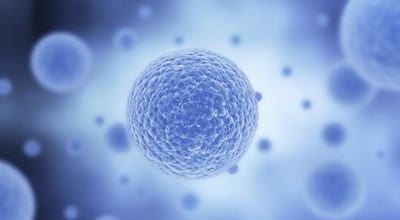 It is an axiom in biology that expression of genotype determines phenotype. This means, for the large part, that the reason a cell does specialized functions is due to its mRNA and subsequent protein expression profile.

With continuing advances is nucleic acid sequencing technology we are moving into 2018 poised to understand a lot more about how individual cells behave in populations, and how heterogeneity develops in these populations.

Why is this so important? Heterogeneity is a key feature of cancer and understanding its nature and origins in cancer may lead to better therapies.

Consider the following experiment. Take 1000 cancer cells and plate them at clonal density in semi-solid media, such as soft-agar. Incubate and wait for colonies to form. Let’s say that 50 colonies grow out; a clonogenic rate of 5% is pretty standard.

Now, harvest one of those colonies, disaggregate the cells and repeat the clonogenic experiment. What do you get? Again, a clonogenic rate of 5%. It seems that clonogenicity isn’t something that you can enrich for, this specialized trait is a cellular “state of mind”.

Metastasis as a Clonogenic Process

Cancer metastasis is the process by which cancer cells disseminate through the bloodstream or lymphatics and give rise to secondary tumor growths in organs distant from the primary cancer site. Metastasis is also the life threatening feature of cancer. It isn’t too much of a stretch to think of the seeding of metastases as a clonogenic process, knowing that cancer metastases themselves are clonal (1,2).

In 1976 Dr. Isaiah “Josh” Fidler generated the B16-F1/B16-F10 cell lines; B16-F10 being generated through repeated selection of cells capable of giving rise to metastases from the B16-F1 parental cells. In this experiment it was found that B16-F10 gave rise to more experimental lung metastases than the B16-F1 cell line.

However, eight years later, in 1984, a crucial but often overlooked study was published in Science which proposes quite a different interpretation of Dr. Fidler’s work. This paper explored quantitative differences in metastasis formation between the B16-F1 and B16-F10 cell lines. The conclusions from the paper were two-fold:

In other words, the difference between B16-F1 and B16-F10 was not in the process of metastasis itself, but in the frequency at which cells competent for metastasis emerged.

This conclusion is not inconsistent with Dr. Fidler’s observations, that B16-F10 is “more metastatic”. It is in contrast however, with the interpretation of how the generation of metastatic variants happens. Metastatic competence as it turns out, like clonogenicity in semi solid medium, again appeared to be a cellular “state-of-mind”.

Dr. Hill and colleagues used the term “Dynamic Heterogeneity” to capture the idea that the generation of (phenotypic) heterogeneity in a cell population is fluid. Like a chemical equilibrium, the “arrow” points both ways.

To truly understand the nature of heterogeneity in a population, we must be able to analyze the individual members of that population. So, I used this introduction to highlight an area in which we have made interesting technological advances, which will hopefully be extended in 2018 – single cell analysis.

To date single cell analysis has been dominated by flow cytometry. It is now routine for experiments to involve the analysis in excess of 18 different markers on individual cells as they whizz by lasers and photomultiplier tubes. However, when we are talking about understanding the generation of heterogeneity, 18 markers aren’t nearly enough.

Next Generation Sequencing technology is now being applied to single cell analysis and it is with this technology that we are starting to make some interesting discoveries, which can be built upon in 2018.

One feature of gene expression that is becoming evident in single cells is that it follows a log-normal distribution. This might not be intuitive, as most of us tend to think linearly and not logarithmically. However, this observation feels right because we observe the same type of distribution in a typical flow cytometry experiment. Recall a typical frequency histogram generated by a flow cytometer reveals a normal distribution, but on a Log scale. The fact that the two observations align is reassuring.

The second observation in single cells that researchers are uncovering is evidence for multiple distributions, within a presumed uniform population. In this example a population of cells was treated with LPS and then analyzed for gene expression patterns at the single cell level. The outcome revealed a bimodal distribution for some genes, although uniform gene induction for others.

Looking at hematopoiesis in Zebrafish, this report suggests that single cell gene expression during differentiation reveals a continuum. It doesn’t seem to be that differentiation is a series of discrete “stations” along a pathway.

Advances in technology have allowed physicists to peer deeper into atoms, only to uncover the fact that matter is made up of a strange assortment of even stranger particles. Uncovering the nature of clonogenicity and a deeper understanding of Dynamic Heterogeneity in cancer, through the use of NGS based single cell analysis, will hopefully shed light on the mysterious inner workings of cells.