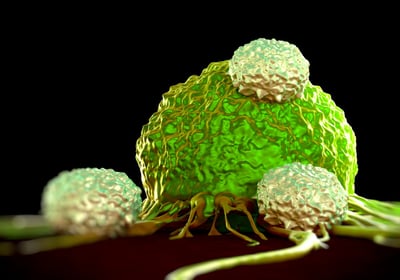 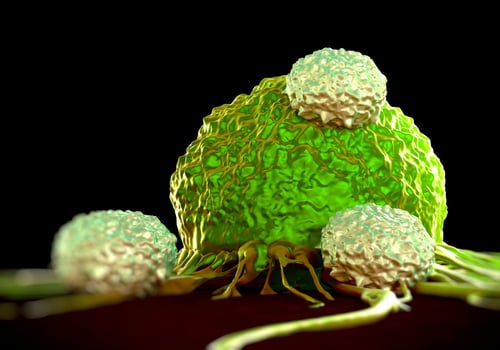 CAR-T cell therapy is already a promising cancer treatment strategy, with FDA approvals in B cell ALL and NHL. The majority of research is in hematological malignancies, targeting CD19.

Solid tumors are also being investigated. While breakthrough disease control hasn’t been achieved for these malignancies yet, early stage clinical trials have shown promising results when targeting IL13Rα and HER2.

Jiang et al report on the preclinical evaluation of CAR-T cell therapy targeting Claudin18.2 (CLDN18.2) in gastric cancer. CLDN18.2 is a stomach-specific isoform of claudin-18, with expression in gastric, pancreatic, and esophageal (including metastases) cancers. CLDN18.2 can also be found in ‘normal’ gastric tissue but is restricted to short-lived, differentiated cells of the gastric mucosa.

This provides a potentially good target for anticancer agents, including CAR-T cells.

A monoclonal antibody against CLDN18.2 has been developed (Claudiximab/IMAB362), and is currently in a range of clinical trials. This includes a Phase III study in combination with mFOLFOX6 for CLDN18.2 positive, HER2 negative locally advanced unresectable or metastatic gastric and GEJ adenocarcinoma.

CLDN18.2-targeted CAR-T cells, however, have never been reported, leading the study authors to investigate in vitro and in vivo antitumor activity.

Lentiviral vectors were produced which encoded a variety of CARs (hu8E5-28Z, hu8E5-BBZ, and hu8E5-2I-28Z), made up of anti-CLDN18.2 scFv linked to the intracellular signaling domain from human CD28 or CD137 and CD3ζ chains via the human CD8 hinge and CD28 or CD8α transmembrane regions.

T cells where then transduced by the lentiviral vectors encoding the CAR genes to generate CLDN18.2 specific CAR T cells for testing.

These CAR-T cells were carried forward to in vitro cytotoxicity studies, where both the hu8E5-28Z and hu8E5-BBZ efficiently lysed CLDN18.2-positive cells. CLDN18.2-negative cells were unaffected by treatment and mock T cells couldn’t lyse any of the target cells. This shows intrinsic target-dependent cytotoxic activity by the CAR T cells.

The hu8E5-28Z and hu8E5-2I-28Z T cells both induced significant tumor growth inhibition compared with control, as well as a significant reduction in tumor weight.

The hu8E5-2I-28Z T cells, with slightly better antitumor activities and increased cytokine production capacity, were taken forward to more patient-relevant in vivo testing. This used patient-derived xenograft (PDX) models, which are developed by directly implanting patient tumors in mice, skipping the in vitro cell line-establishment stage. As the models never adjust to growing on plastic, they closely reflect patient tumors in both histo- and molecular pathology and drug response.

Safety is always an important aspect when studying CAR T cells and toxicity needs to be closely monitored.

In this study, hu8E5-2I-28Z T cells did not induce on-target off-tumor toxicities in in vivo mouse models. There was no damage to the gastric tissue or other organs of the treated mice, and no weight loss was observed in the CAR-T cell treated animals. 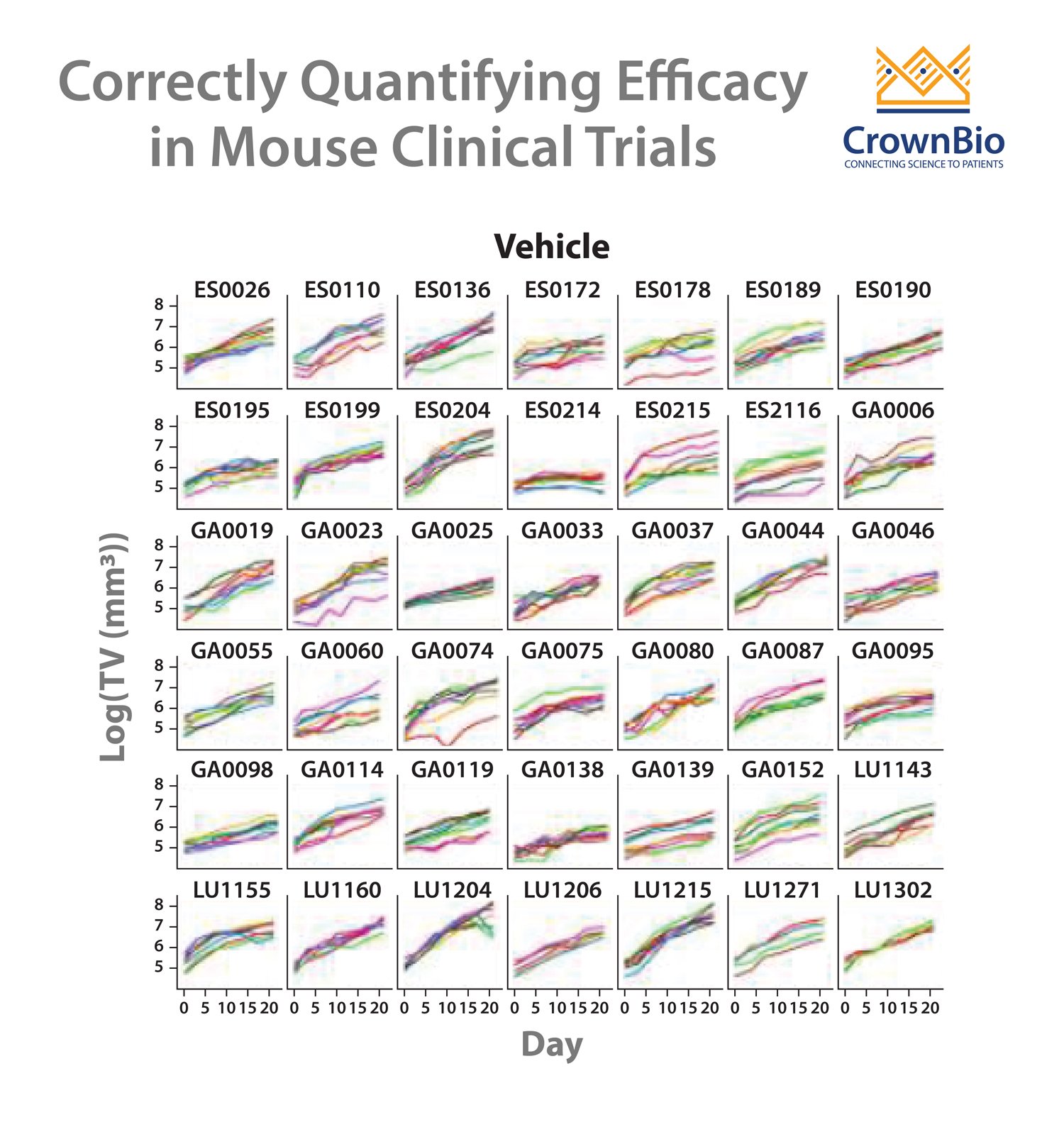 How to Quantify Drug Efficacy and Effects in Mouse Clinical Trials

Learn how to optimize mouse clinical trial study design, including choosing how many PDX to use, via a linear mixed models approach.

Explore the current methods of mouse clinical trial analysis, and how these are improved by using a linear mixed models approach. 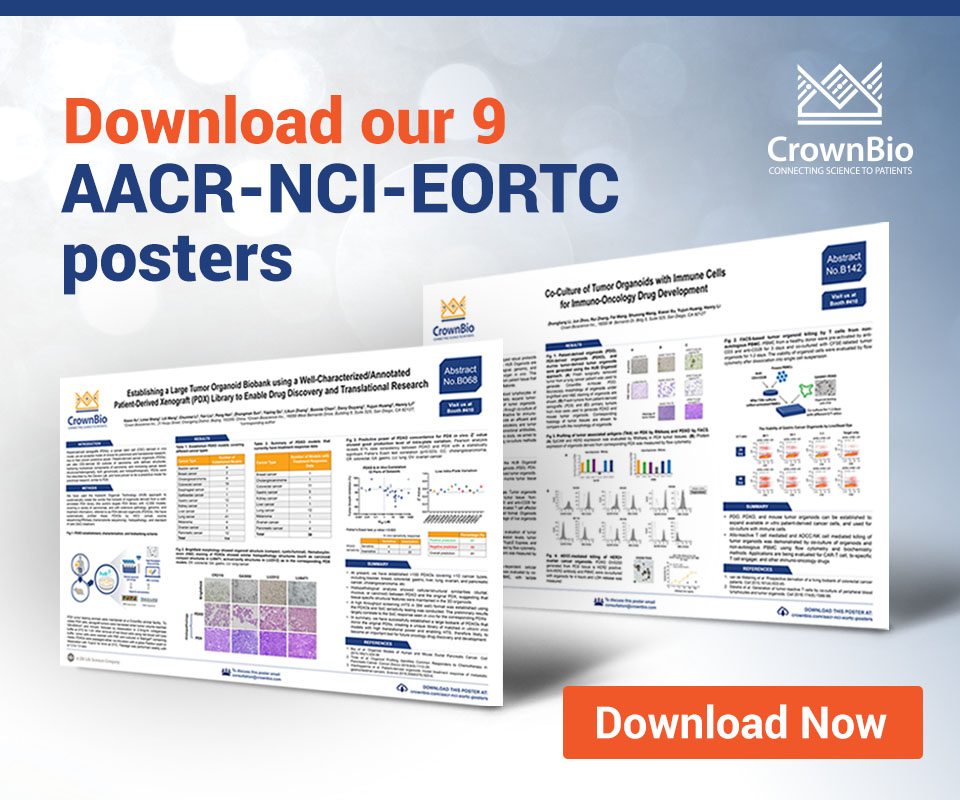