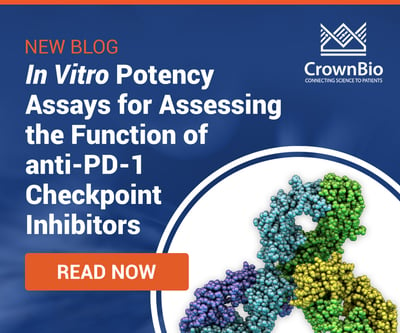 In this post we explore the different in vitro potency assays for assessing the function of anti-PD-1 checkpoint inhibitors, which are used to test the T cell response of anti-PD-1 (programmed death-1) agents. 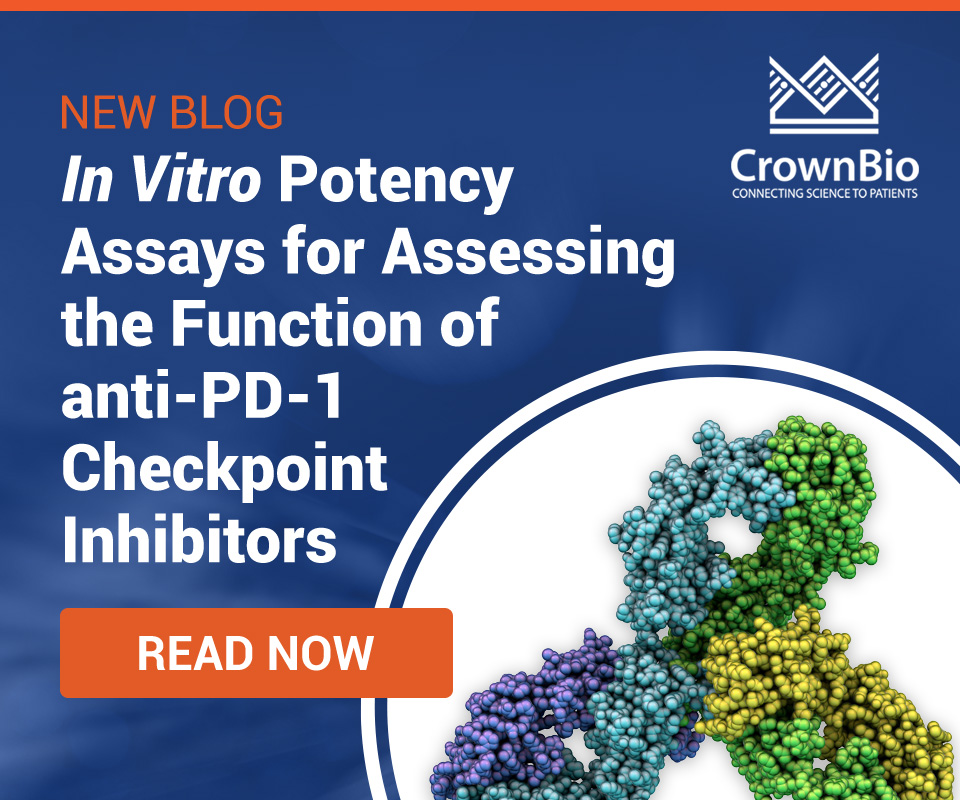 The continued success of anti-PD-1 drugs in the cancer setting has sparked interest from numerous companies in developing anti-PD-1 biosimilars as they anticipate expiration of key patents in coming years.

A key step in developing these agents is to comprehensively characterize their functionality such as demonstrating their ability to enhance T cell responses and cytokine production, while showing they do not induce in vitro antibody-dependent cell-mediated or complement-dependent cytotoxicity.

The Success of Anti-PD-1 Drugs

The phenomenal success of anti-PD-1 drugs for the treatment of cancer started in 2014 with the approvals of the monoclonal antibodies (mAbs) pembrolizumab (Keytruda) and nivolumab (Opdivo). These immuno-oncology (I/O) drugs are now approved for use across multiple cancer types, and the mechanism through which they work has been recognized as a powerful strategy in cancer immunotherapy. Given their great success and continued growth in the marketplace, it comes as no surprise that several companies across the world are racing to develop anti-PD-1 biosimilars in anticipation of key patent expirations.

As depicted in the illustration below, anti-PD-1 drugs work by activating T cells. They do this by blocking the cell surface receptor “PD-1” (also known as CD279), which is expressed on activated T cells and is a major negative regulator of T cell activation.

Cancer cells often exploit this immune resistance mechanism of the PD-1/PD-L1 pathway to their advantage and escape from the immunological surveillance of T cells. In this context, PD-L1 has been found to be overexpressed on the surface of different cancer types, including breast cancer, lung cancer, bladder cancer, lymphoma, glioblastoma and melanoma. Thus, in the tumor microenvironment (TME), the over-expressed PD-L1 binds to PD-1 and suppresses the T cell-mediated antitumor immune responses, thereby supporting survival and expansion of tumor cells.

The development of anti-PD-1 biosimilars requires demonstrating their functionality as opposed to using surrogate measurements. A variety of validated functional assays have been developed to support their in vitro characterization, such as comparing differences across clones or potency against approved reference products (e.gs, pembrolizumab and nivolumab). This section provides a summary of these assays, some of which were presented at the Society for Immunotherapy of Cancer conference.

PD-1/PD-L1 blockade assays can be used to confirm that biosimilar candidates share the same mechanism of action (MoA), potency, and stability as the reference product.

Co-culture of the two cell lines permits binding of PD-L1 to PD-1 and inhibition of TCR signaling in effector cells. Since the reporter system typically consists of an NFAT-response element (RE) upstream of the luciferase gene, the absence of TCR signalling prevents luciferase expression.

In the presence of a PD-1/PD-L1 inhibitor, a bioluminescent signal is generated which can be detected and quantified. Serial dilutions of the inhibitor allow for the evaluation of potency, while assessing stability can be done by maintaining the agent at different temperatures and/or treating for different lengths of time. In vitro PD-1/PD-L1 blockade assays can also be used in the context of human target expressing platforms (e.g. HuCELL™) where mouse tumor cells are engineered to express humanized immuno-oncology targets, including PD-1.

Allogenic MLRs can be used in conjunction with flow cytometry, ELISA, or other microplate-based readouts to measure cytokine production or cell proliferation.

In this assay, T cell activation is measured using assays that involve exposure to specific antigens such as Staphylococcal enterotoxin B (SEB). SEB is a bacterial toxin that has the capacity to bind to MHC class II molecules on antigen-presenting cells (APCs) and the TCR to induce the release of pro-inflammatory cytokines such as IL-2, IL-6, TNF-α and IFN-γ.

PBMCs or whole blood can be used for antigen stimulation followed by ELISA or flow cytometry for cytokine release quantification. Flow cytometry-based cytometric bead arrays can be used for detecting multiple cytokines simultaneously and pre-labelling samples with CFSE or similar dyes can be used to measure T cell proliferation. A reliable method to monitor for T cell responses includes cytokine and chemokine profiling through Luminex® and MSD S600 alongside conventional single-plex ELISA.

In addition to enhancing T cell activation and proliferation, blockade of the PD-1 axis has also been shown to induce the formation of memory T cells which contributes to their anti-tumor activity. This phenomenon can be monitored in vitro using an antigen recall and activation assay. Briefly, fresh PBMCs are obtained from individuals with prior exposure to a viral or bacterial antigen and memory T cell expansion is measured following re-exposure to the antigen.

Cytomegalovirus (CMV) based recall and activation assays are commonly used. In this type of assay, PBMCs from CMV seropositive patients are isolated and stimulated with CMV pp65 protein pool (i.e., a mixture of peptides from the 65kDa phosphoprotein (pp65) of human CMV) for multiple days in the presence or absence of anti-PD-1 agents.

A CMVpp65-tetramer is then used to capture CMVpp65-specific CD8+ T cells for flow cytometry to evaluate whether an expansion of this subset occurred in response to PD-1 inhibition. Other available recall assays use toxins (e.g., tetanus toxin) or other viral antigens (e.g., Epstein–Barr virus, influenza), either individually or in a pooled format.

The success of immune checkpoint inhibitors highlights the importance of maintaining a balance between T cell activation and inhibition for tumor cell elimination. At the cellular level, regulatory T cells (Tregs) help to balance the immune response by suppressing effector T cell functions. The ratio of effector T cells and Tregs within the tumor TME has been shown to be an important predictor of patient outcomes and response to checkpoint inhibitor therapy.

PD-1 is expressed on a subset of Tregs, however PD-1 blockade can abolish their suppressive effects or potentially lead to expansion of Tregs and disease progression. Given the complex biology surrounding PD-1 and Tregs, assays that monitor Treg function may help shed light the impact of novel anti-PD-1 molecules on Treg function.

A basic Treg suppression assay setup involves the co-culture of two different cell populations (Tregs and responder cells such as CD4+ T cells). T cell activation can be induced using anti-CD3/anti-CD28 beads followed by treatment with test or reference compounds. A variety of suppression readouts can then be used including proliferation assays (CFSE, [H3] thymdine incorporation) or marker analysis by flow cytometry.

There are several factors to consider when establishing a Treg suppression assay. Since the ratio of Tregs:T effector cells is critical in immune regulation, it is important to co-culture Tregs and responder cells at different ratios to accurately assess how an anti-PD-1 agent impacts Treg function.

In addition, the type of Tregs used may be important with induced Tregs (iTregs) more suitable for tumor cell studies. Finally, the stimulatory conditions of the experiment need to be optimized so that modulation of Treg function can be reliably detected.

ADCC is an important mode of action for several monoclonal Ab (mAb) therapies and is mediated by immune (e.g., NK cell) recognition of the Fc region causing cell lysis and death. However, since PD-1 is expressed on other immune cell types, currently approved anti-PD-1 biologics are of an IgG4 or IgG1 isotype to prevent ADCC and minimizes risk of toxicity. Therefore, in the context of anti-PD-1 biosimilars, ADCC assays are used to confirm they do not have an ADCC MoA.

In classic ADCC assays, primary cells (donor PBMCs containing NK cells or purified NK cells) are mixed with target cells expressing the antigen of interest and exposed to a candidate mAb. Depending on the protocol used, cytotoxicity can then be measured using radioactive or non-radioactive release assays or by flow cytometric analysis of fluorescent dyes that distinguish target and effector populations or live and dead cells. Engineered effector cell lines expressing NFAT-RE induced luciferase reporter can also be used. This latter assay eliminates variability associated with primary cells and provides a readout signal with high signal and low background. It is advisable to employ cells, such as PBMCs/NK, that are compatible with variety of cell death readouts of including high content imaging (HCI), LDH release, and flow cytometry.

Co-culture of tumor cells with either autologous or non-autologous immune cells are invaluable for monitoring immune-mediated tumor killing, with common readouts being HCI, LDH release, flow cytometry, real-time imaging and cytokine release assays. While autologous systems are ideal, there are some well-recognized challenges associated with this approach, including limited volume of blood from donor cancer patients, lack of tumor-reactive T cells among PBMC from most donor patients, and limited scalability for drug development applications. On the other hand, non-autologous PBMCs enable higher throughput and multi-model screening, and a recognized limitation is that they can’t be used to test antigen specificity observed in the clinical setting.

To enhance the clinical relevance of co-culture tumor assays, tumor organoids are increasingly being used. Tumor organoids are advanced 3D culture models that have revolutionized the field of oncology research. They preserve many of the genomic, morphological and physiology features of the original patient tumor, and they have been shown to offer superior clinical relevance, patient diversity and predictivity of drug response in comparison to conventional 2D cell cultures. They are also highly scalable, provide a nearly unlimited source of patient material and have capacity for co-culture with autologous or non-autologous immune cells. A co-culture system involving luciferase labelled tumor organoids with non-autologous alloreactive T cells to measure the effect of PD-1 blockade on tumor organoid killing mediated by T cells, is used in some cases.

Immune checkpoint modulators have transformed the cancer treatment landscape. With several key patents set to expire in the coming years, drug developers are actively looking to enter the market with biosimilar products. This had led to a rise in demand for in vitro assays that enable the functional characterization of biosimilars. As summarized in this post, there are a variety of in vitro potency assays for assessing the function of anti-PD-1 checkpoint inhibitors.

Following in vitro characterization, in vivo models are then required to advance the development of your most promising candidates. Validated humanized in vivo immuno-oncology models are available to address a wide range of questions, including CD34+ and PBMC- humanized mice as well as HuGEMM™models that feature the expression of human targets for immuno-oncology applications. 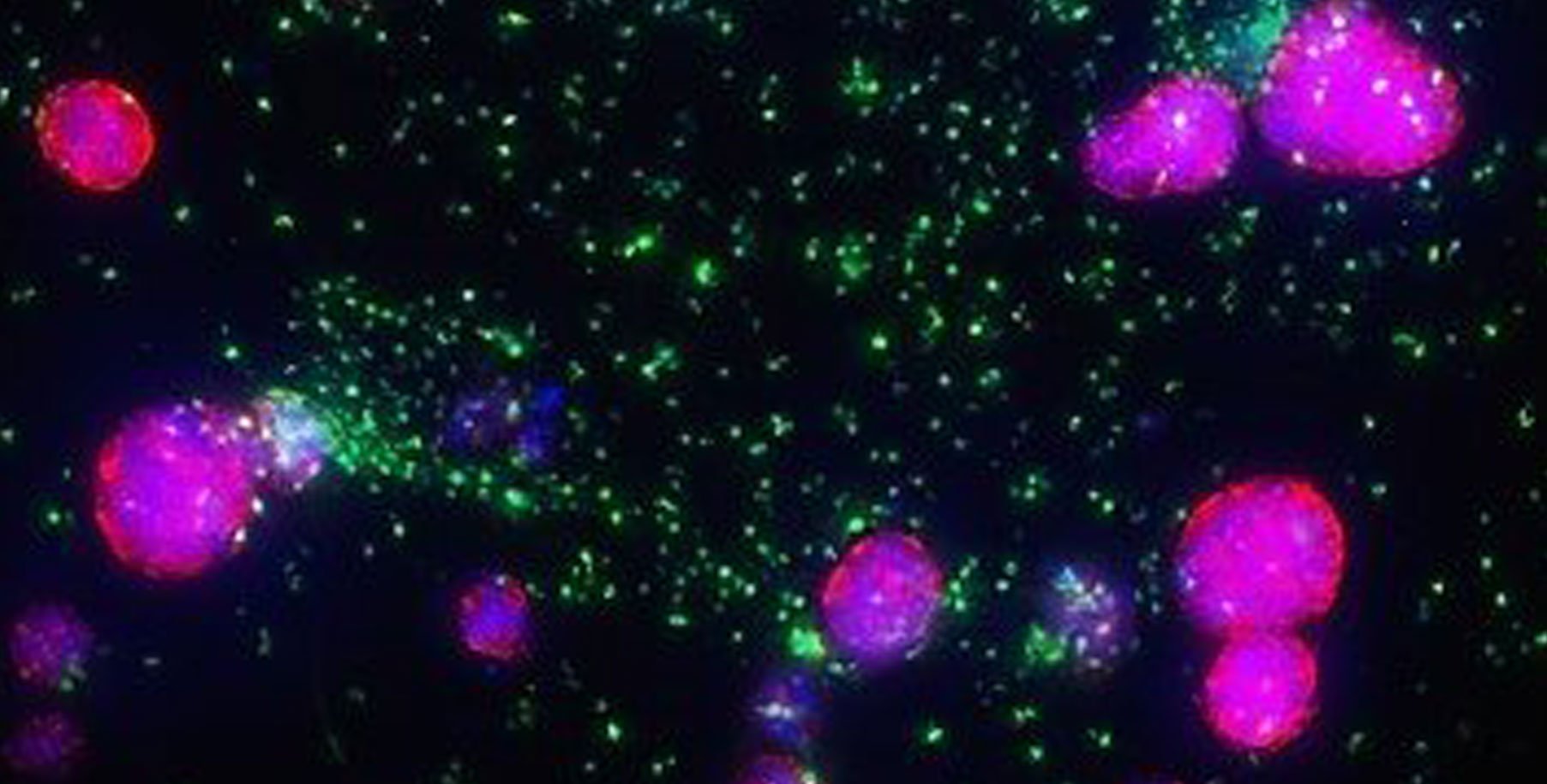 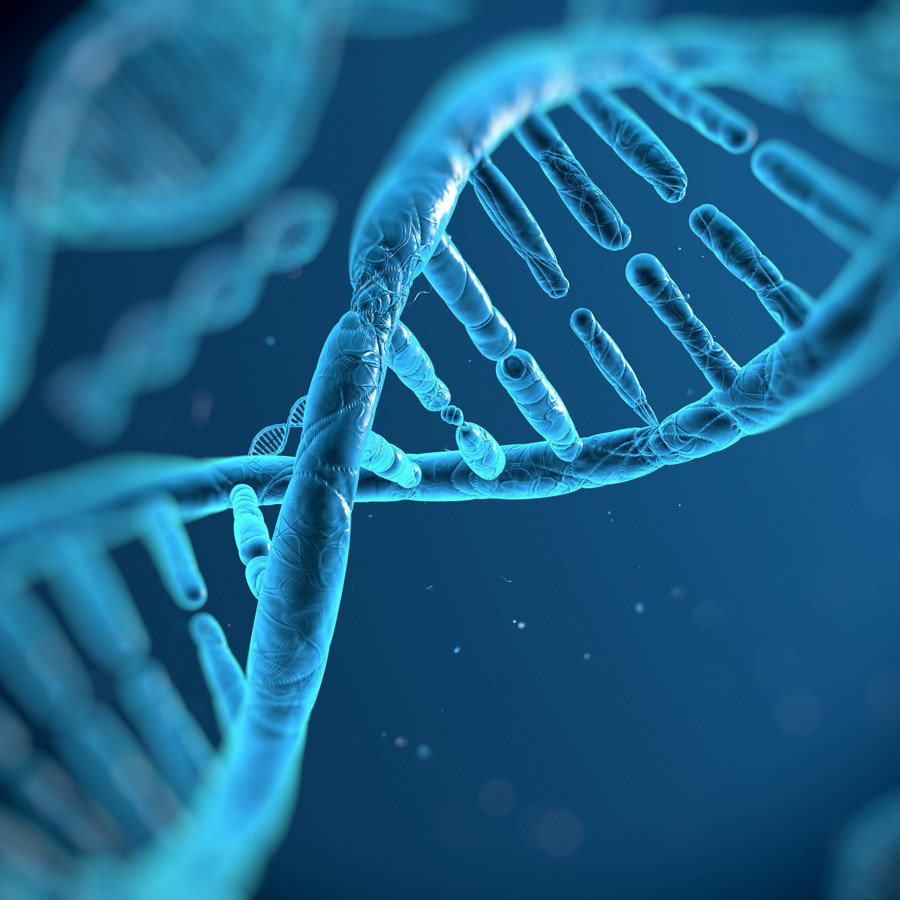 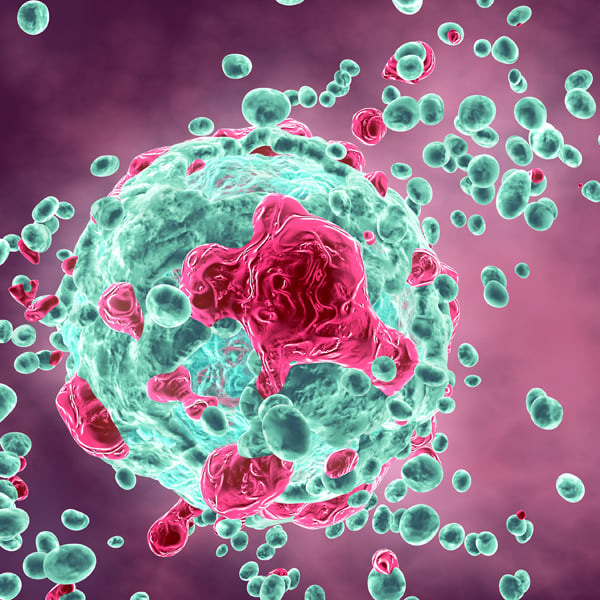