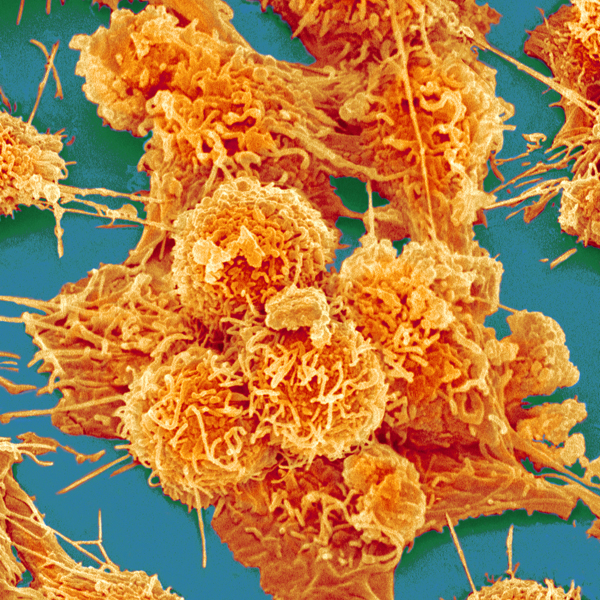 In this blog we will explore immune-mediated inflammatory diseases (IMIDs)—which represent a diverse group of conditions characterized by an excessive and/or inappropriate immune response. Interest in IMIDs has grown rapidly in recent years, largely fueled by the view that IMIDs share common inflammatory pathways, and therefore, there is the possibility that novel therapies that work in one IMID may work in other IMIDs. Continue reading to learn more about IMIDs and some of the challenges facing the field, and to review some in vivo preclinical models that can be used to guide IMID drug research and development.

What are immune-mediated inflammatory diseases?

Immune-mediated inflammatory diseases (IMIDs) are a large group of clinically unrelated disease that share an underlying pathophysiology that is triggered by over-activity or abnormal immune system regulation. This results in chronic inflammation in targeted organs and a range of diseases that collectively rank among the leading causes of disability, economic loss, and premature death.

While the exact cause of IMIDs remains a mystery, they are thought to be caused by complex interactions between genetic, environmental, and infectious disease factors that drive dysfunctional immune responses. Current research points towards TH1 cells as a key driver of the inflammatory process in IMIDs, with emerging evidence also supporting a role for the TH17 subset of CD4+ helper T cells and associated pro-inflammatory IL-17/IL-23 axis (see image below).

Re-drawn from Bunte and Beikler. Int J Mol Sci. 2019:20:14. Used under guidance of MDPI
which does not require special permission to reuse all or part of a published article.

The phenomenal success of anti-inflammatory agents across a broad range of IMIDs has confirmed the shared pathophysiology of these diseases, and a growing list of inflammatory conditions now fall under the IMID umbrella (see table below), with IMIDs now shown to target nearly every organ system in the human body.

The connection between inflammation and cancer

However, the role of inflammation in cancer is complex given that the inflammatory immune response may also be anti-tumorigenic. The balance between its pro- and anti-tumorigenic properties is thought to depend on the appropriate and balanced activation of the adaptive and innate arms of the immune system. The importance of the immune system in the detection and elimination of malignant cells (i.e., immunosurveillance) is highlighted by the increased cancer incidence among patients that are immunocompromised.

While new therapeutics that harness the power of the immune system have revolutionized cancer treatment on one hand, they have given rise to unique toxicities including the induction of autoimmune responses, on the other hand. As shown below, a positive feedback loop can be envisioned where IMID and toxicities from immunotherapies can continue to propel chronic inflammation and its downstream effects. 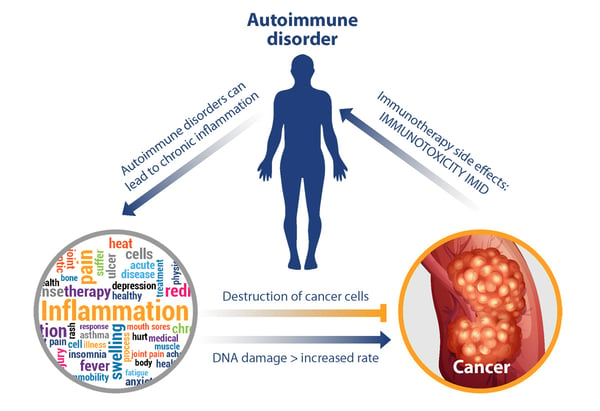 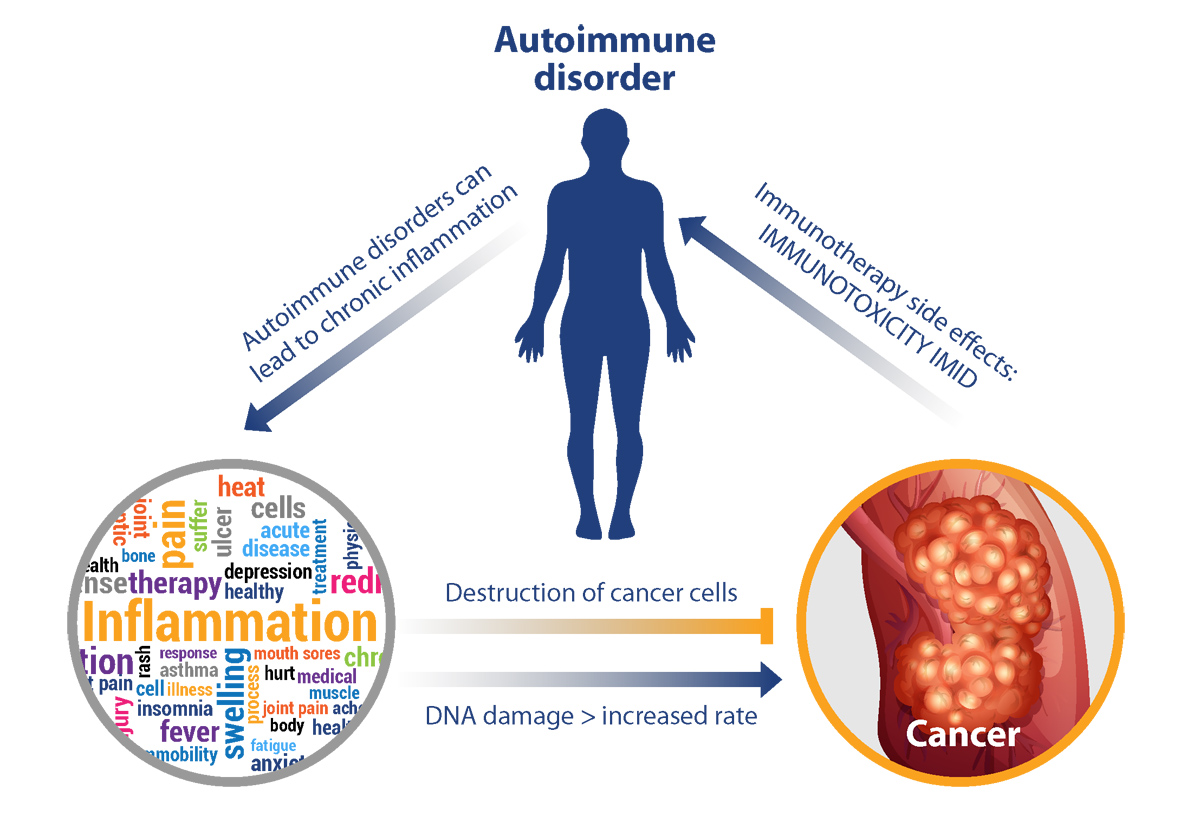 Historically, the treatment of IMIDs was largely organ-based, with the goal of providing symptom relief without targeting the underlying mechanisms. Now, with the discovery that IMIDs share a common pathophysiology, there has been a move towards the development and use of mechanism-based treatment strategies such as cytokine therapy. One example of this approach has been with anti-TNF drugs that are effective in rheumatoid arthritis, inflammatory bowel disease, psoriasis, and other inflammatory conditions.

Opportunities and challenges for inflammatory diseases

There has been great progress in the treatment of IMIDs with newly developed therapeutics, but many patients still fail to respond to treatment, or relapse after a successful initial treatment.

For instance, while anti-TNF therapies work great for many patients, it is estimated that between 10-40% of inflammatory bowel disease patients are unresponsive to anti-TNF therapy, and among responders, secondary loss of response can lead to intensification or discontinuation of treatment in up to 50% of patients (after 12 months).

An IMID that has seen a dramatic change in its treatment landscape over the past few decades is Multiple sclerosis (MS). There are now at least ten difference substance classes with different modes of action “which mirrors progress in our understanding of MS pathophysiology.”

One mechanism that has successfully been targeted is immune cell trafficking, since it is well-known that immune cell infiltration into the CNS plays an important role in the manifestation of this disease. At least two approved MS therapies, natalizumab and fingolimod, have been shown to selectively interfere with immune cell trafficking. Further, a recent analysis suggests that continued treatment with MS immunotherapies is effective in improving disability outcomes in MS patients over the long term.

While anti-TNF drugs are currently the only class of IMID therapy that is approved for treating a broad selection of IMIDs, new data suggest that Janus kinase (JAK)-inhibitors—a new class of targeted synthetic disease-modifying anti-rheumatic drugs (DMARDs)—which interfere with signal transduction pathways of a variety of cytokines, may mediate immune modulatory benefits across a broad range of pathologies.

There are currently three JAK inhibitors approved by the FDA for IMIDs:

It is anticipated that the list of indications and new agents will grow in the near future.

Given the heterogeneity of response to many IMID drugs, there is great potential to optimize the use of these agents applying precision medicine. This requires a detailed understanding of the disease mechanism and similarities and differences between patient groups, of which many R&D efforts are focused on.

In vivo models at the preclinical stage have played an important role in the research and development of many of the IMID drugs discussed above, and these models are continuing to fuel a considerable amount of the research and development of new investigational agents targeting different IMIDs. However, selecting the most appropriate model can be challenging and no single model can recapitulate all the features of IMIDs.

Determining the most appropriate model for preclinical studies requires an understanding of the intended target, the purpose of the study, and proposed mechanism of action of the therapeutic agent. In some cases, multiple models can be leveraged to assess safety and efficacy, and to minimize the chance of clinical failure.

Some of the common models used for IMID drug development are summarized below.

The experimental autoimmune encephalomyelitis (EAE) model is the oldest and most frequently used model of MS. Disease incidence is high in susceptible model stains and onset typically occurs after 9-12 days. Since the activating antigen in humans remains unknown, EAE is induced by injecting various CNS tissue antigens where animals developing pathology that shares some critical features with human MS such as inflammation, demyelination, axonal loss and gliosis.

Many therapies approved for MS have been evaluated preclinically using the EAE model, but other MS models also exist, including adoptive-transfer EAE and the cuprizone model.

The cuprizone model uses an orally administered copper chelator that targets mature oligodendrocytes and bypasses the autoimmune component of EAE models. This model offers the possibility of studying demyelination (which reaches a peak at 5-6 weeks) in the presence of cuprizone, and remyelination which occurs upon removal of cuprizone from the models’ diet.

A variety of well-characterized experimental IBD models are available. These models range from chemical- and microbiome-induced, to spontaneous, adoptive cell transfer, and genetically engineered models (see here for a summary of the different models, including their strengths and weaknesses).

Depending on the disease you would like to study (Crohn’s, ulcerative colitis, etc.), it is important that you select a model that most closely parallels the clinical scenario your agent is intended target (see here for our White Paper on selecting the right preclinical IBD model).

RA models are widely used for evaluating investigational agents. These models recapitulate key characteristic clinical and pathological RA features that can determine efficacy and response to treatment and improve selection of your next qualified RA lead agent. Two commonly used models include:

In vivo models of T1D are either genetic or can be induced chemically.

The non-obese diabetic (NOD) model is the most frequently used spontaneous model of T1D and a major strength is that it develops spontaneous autoimmunity and T1D with high relevance to human disease. Other spontaneously occurring T1D models include the BB rat and NRG-Akita mouse with immune deficiency.

Chemically induced models of T1D rely on the chemical ablation of the pancreatic beta cells to induce disease, with alloxan or streptozotocin (STZ) being the most commonly used agents to achieve beta cell ablation. The chemically induced models are relatively simple and inexpensive to establish, and they are commonly used for evaluating therapies whose main mechanism is lowering of blood glucose (independent of beta cells).

The MS-NASH model (formerly called FATZO) is a more translational model as compared to other traditional models since it better recapitulates the complex human disease. This model is generated by inducing NAFLD/NASH through administration of a Western diet plus fructose. When on the diet, models develop steatosis (by 4-8 weeks), hepatocyte ballooning (by 16 weeks), inflammation (by 16 weeks), and NASH and fibrosis over time (by 20 weeks), exhibiting obesity in a pre-diabetic state which slowly progresses to overt diabetes. Progression and exacerbated NASH pathology is accelerated with administration of CCl4.

Spontaneous SLE models that closely recapitulate human disease can help progress agents through preclinical in vivo testing. Two spontaneous preclinical models, with diverse mechanisms, have been shown to capture many of the key clinical and pathological features of SLE. These models include the following:

Despite the biological complexities associated with IMIDs, significant progress has been made recently; a trend that is expected to continue given our rapidly expanding knowledge in IMID pathogenesis.

However, many challenges remain, including how to effectively treat IMID cancer patients with immuno-oncology therapies, and how to better target IMID therapeutics to patients most likely to benefit.

Novel and traditional in vivo models continue to fuel the preclinical IMID drug development engine, but selecting the right model is not always straightforward and requires careful consideration of study goals and model advantages and disadvantages.

Stay tuned for an upcoming series of blogs focused on IMIDs and see our previous blogs, white papers and webinars for more information regarding our expertise in supporting IMID drug development.

If you are looking for guidance on selecting the right preclinical model for your study, we are here to help. Fill out the form here to speak with one our of scientific experts, or to learn more about our IMID in vivo models.

Learn more about our IMIDs in our resources 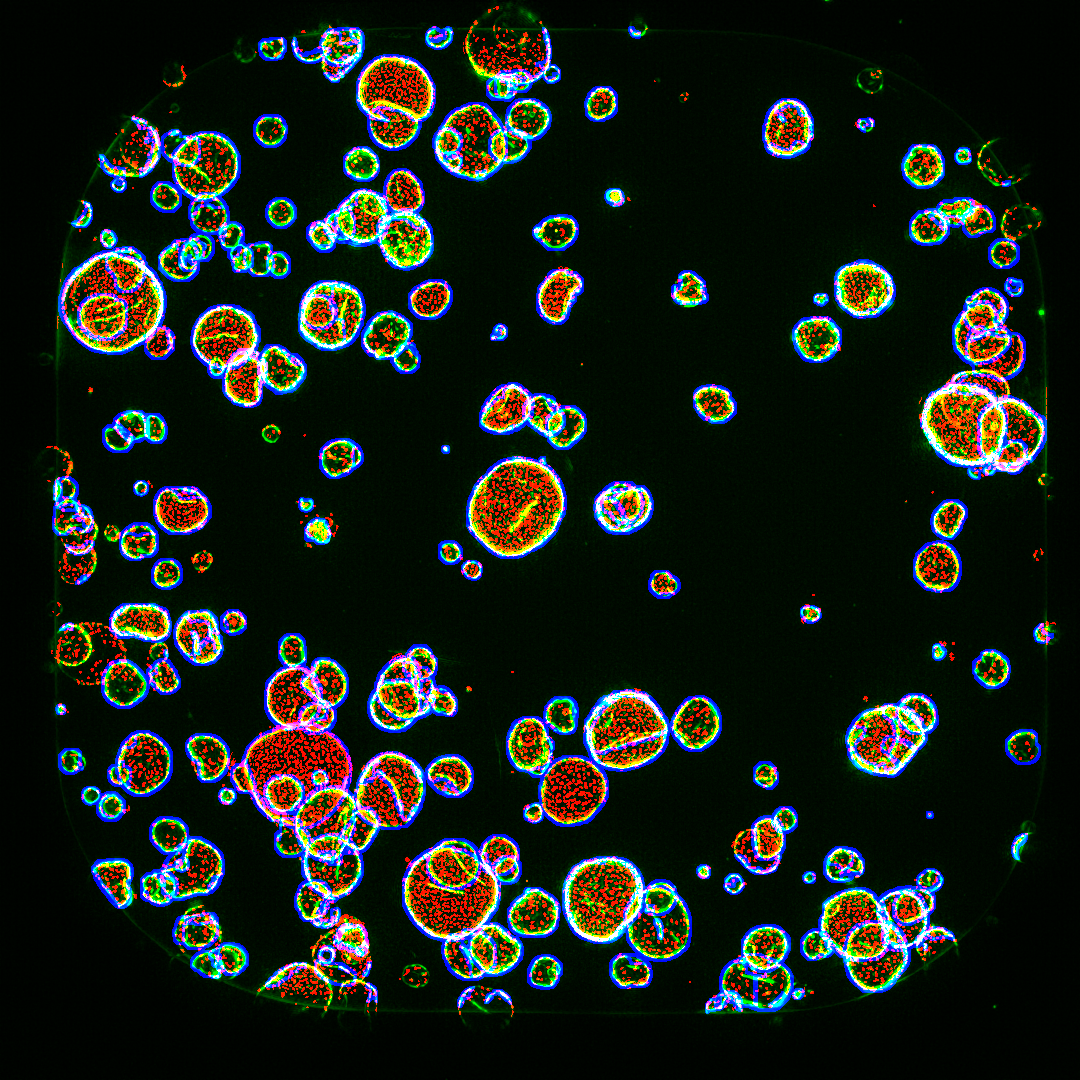 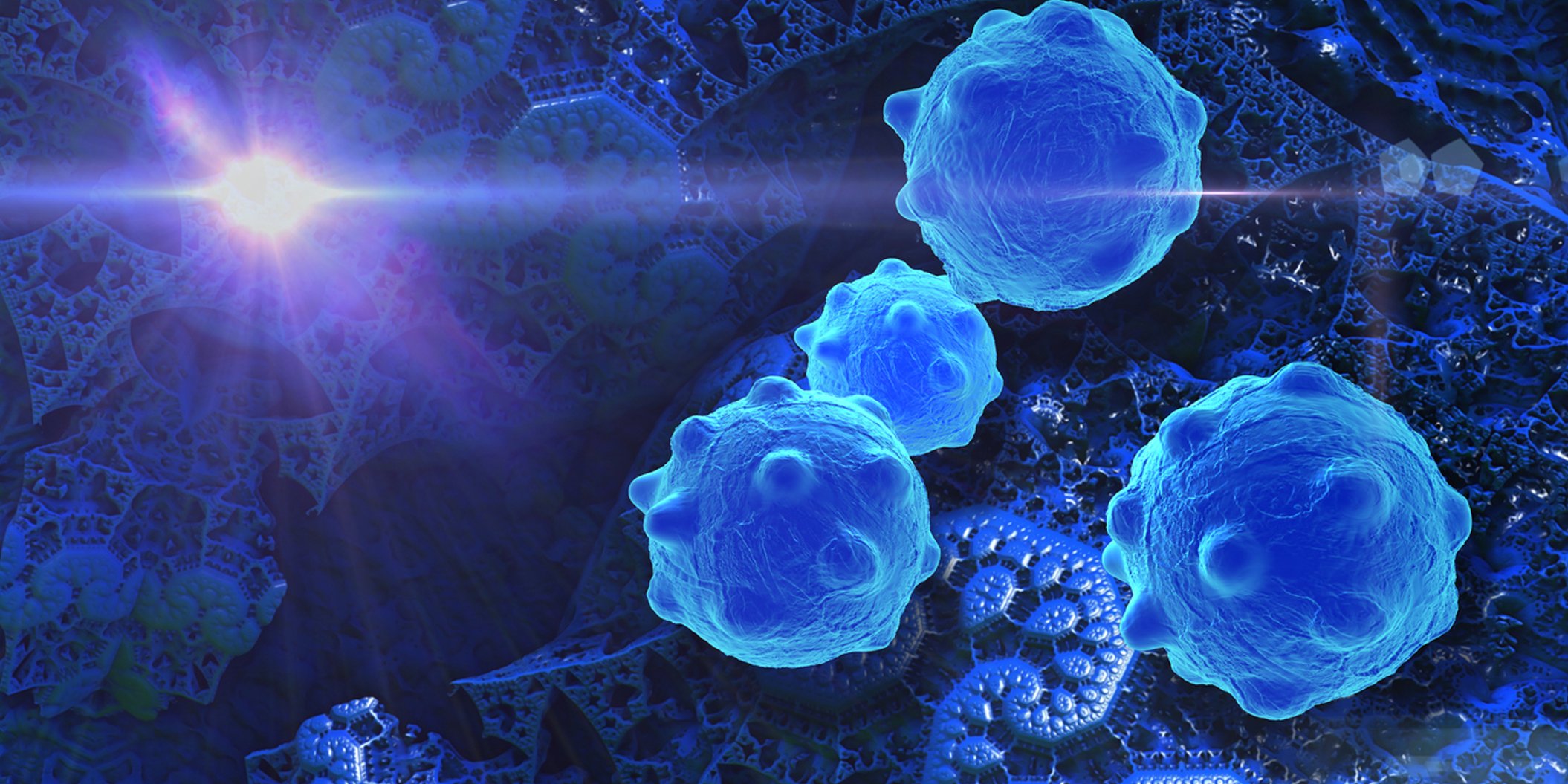 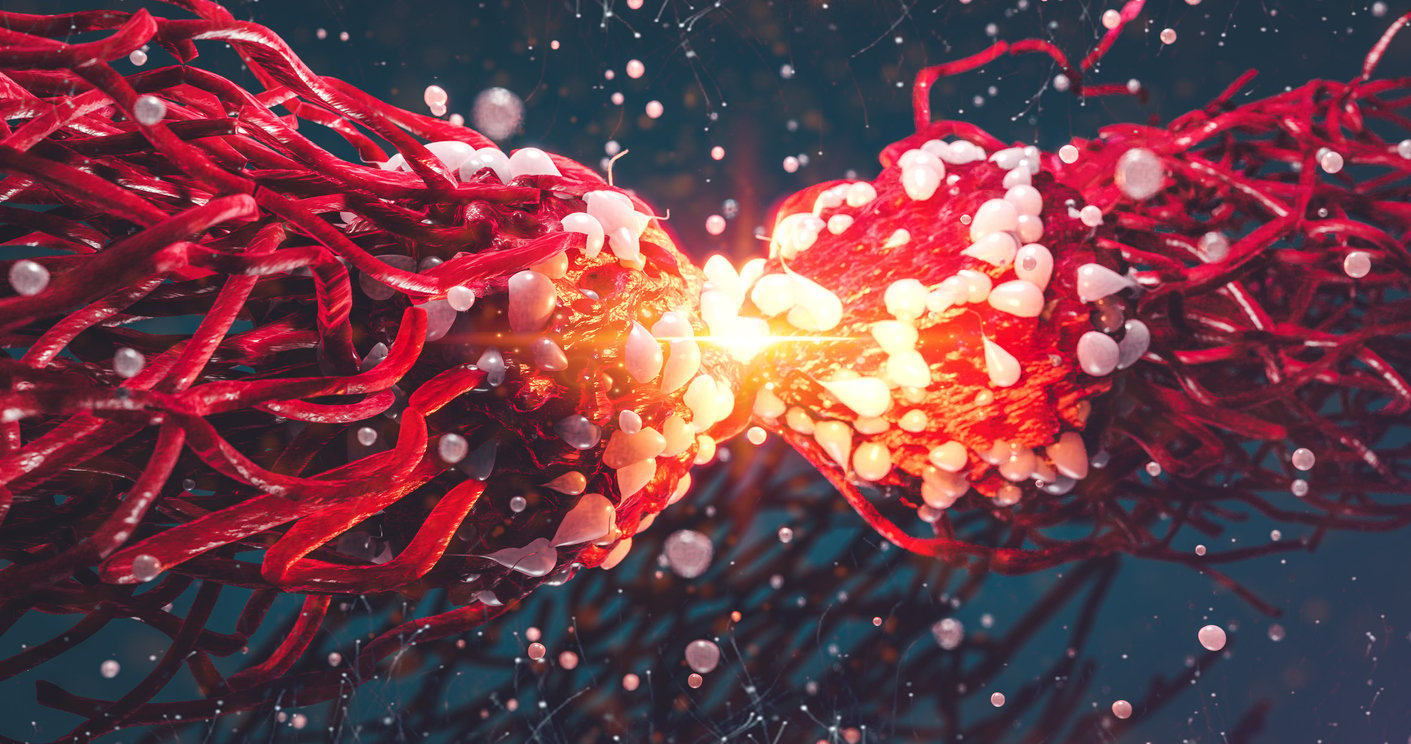 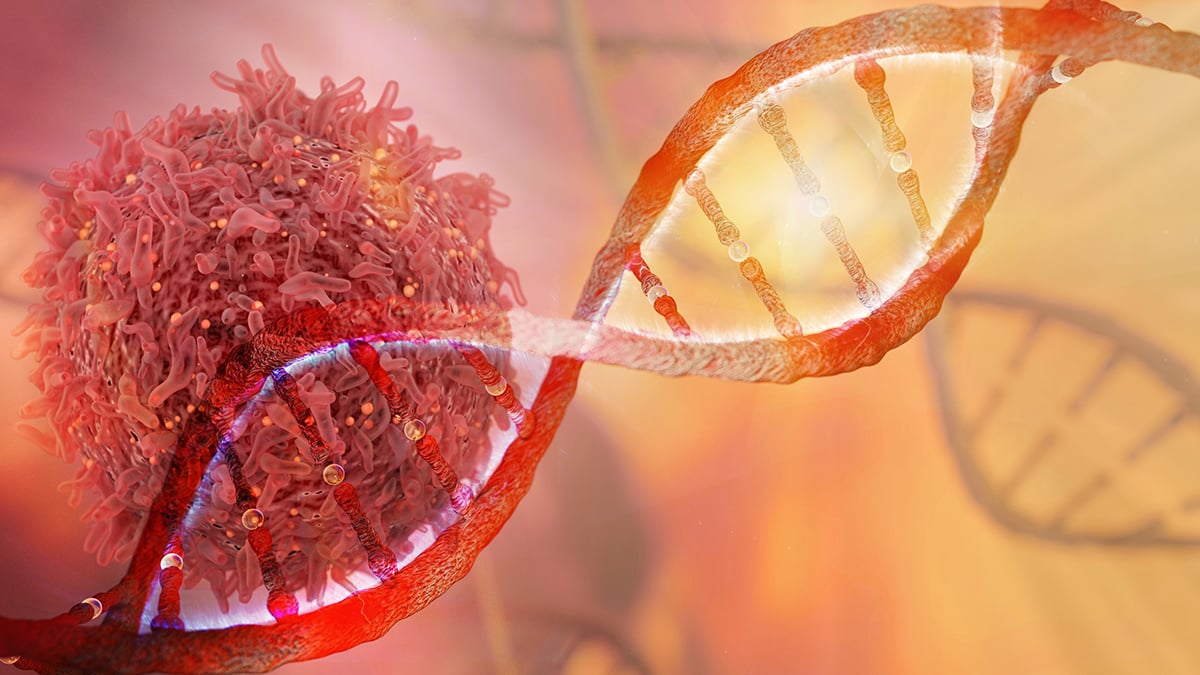 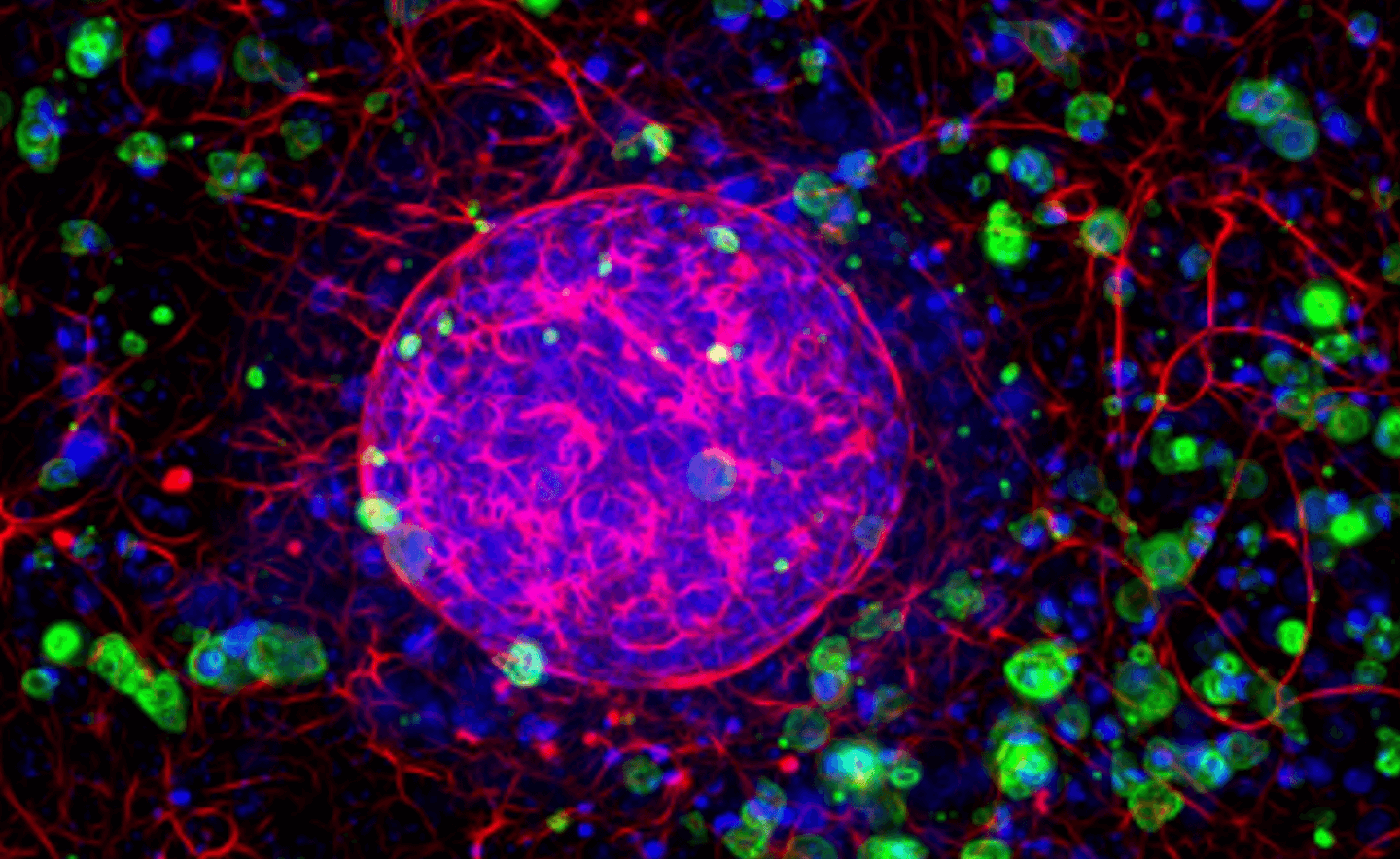