Graft-versus-Host Disease: Types and How to Model Them 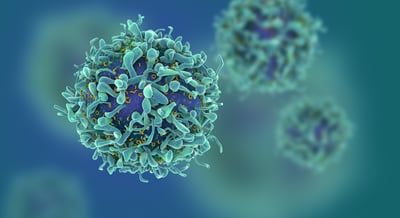 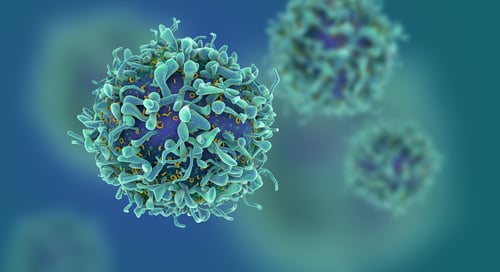 Review the different types of graft-versus-host disease (GvHD) and the preclinical models (including humanized mice) used to study the condition.

What is Graft-versus-Host Disease (GvHD)?

The transplantation of organ or tissues from a donor to a genetically nonidentical recipient is known as allogeneic transplant. Immune responses directed against the transplanted allogeneic tissue or organ results in a complication referred to as graft rejection.

When the grafts contain large amounts of donor immune cells, such as allogeneic hematopoietic stem cell transplantation (HSCT), the donor-derived immune cells can have a reaction against the recipients’ cells. When this occurs, this is referred to as graft-versus-host disease (GvHD).

Therefore, in an allogeneic transplant:

Hematopoietic stem cell transplantation, including bone marrow and cord blood transplantation, is a potentially life-saving therapy for patients with hematologic cancers such as lymphomas and leukemias. Graft rejection in HSCT is relatively rare, with graft-versus-host disease instead being the prevailing clinical complication.

While the donor lymphocytes play a critical role in providing anticancer benefits such as preventing tumor relapse via graft-versus-tumor mechanism (GVT), these same lymphocytes are responsible for GvHD. Life-threatening damage to several organs, such as the skin, liver, lungs, thymus, and gut occurs and GvHD is one of the leading causes of morbidity and mortality associated with HSCT.

Advances have been made in preventing GvHD in humans by the use of non-specific immunosuppressive drugs. However, it’s critical to continue developing strategies to control GvHD that preserve the potent GVT activity of the transplanted lymphocytes.

There are two forms of graft-versus-host disease, and allogeneic transplant recipients might experience either or both forms:

aGVHD results from direct damage by donor lymphocytes, and symptoms appear within weeks after the transplant. cGVHD on the other hand is poorly understood and manifests itself similarly to an autoimmune condition, potentially taking up to several years for symptoms to appear or be noticed.

Some researchers see cGVHD as a later phase of aGHVD while others see it as a distinct condition. One reason for the lack of understanding is the shortage of representative preclinical cGVHD models.

Several mouse models of GvHD have been generated by performing bone marrow transplants (BMT) between mice of various strains. The mice can be of the same background but with slight genetic differences, or more commonly of differing background strains. Examples include BMT transplants between:

There are some limitations and caveats to these mouse- to-mouse transplant models, including:

To try and address some of the questions surrounding the differences in murine and human immunity, there’s been increased use of humanized mouse models of GvHD. This typically involves the transplantation of human stem cells or peripheral blood mononuclear cells (PBMCs) into immunodeficient mice. With this being a human to mouse transfer, these are referred to as xenogeneic graft-versus-host disease (xGvHD) models. Previous models have included BLT humanized NSG™ mice, though researchers are now moving away from these models.

The transplantation of human stem cells (huCD34+) into irradiated NSG mice can also serve as a model for cGvHD. However, its presentation does not always occur and is dependent on the HLA type of the donor for the huCD34+ cells. Another way to increase the penetrance of cGvHD in huCD34+ NSG mice is to use transgenic mice that produce human cytokines to help further humanize the immune microenvironment.

Acute graft-versus-host disease can be readily modeled using the PBMC model, where PBMCs are injected into NSG mice either intraperitoneally or intravenously. The onset and degree of GvHD in these mice are donor-dependent as well as dependent on the amount of PBMCs injected. The contribution of different immune cell subsets to graft-versus-host disease can be studied by the transplantation of donor cells that are enriched with the cell of interest.