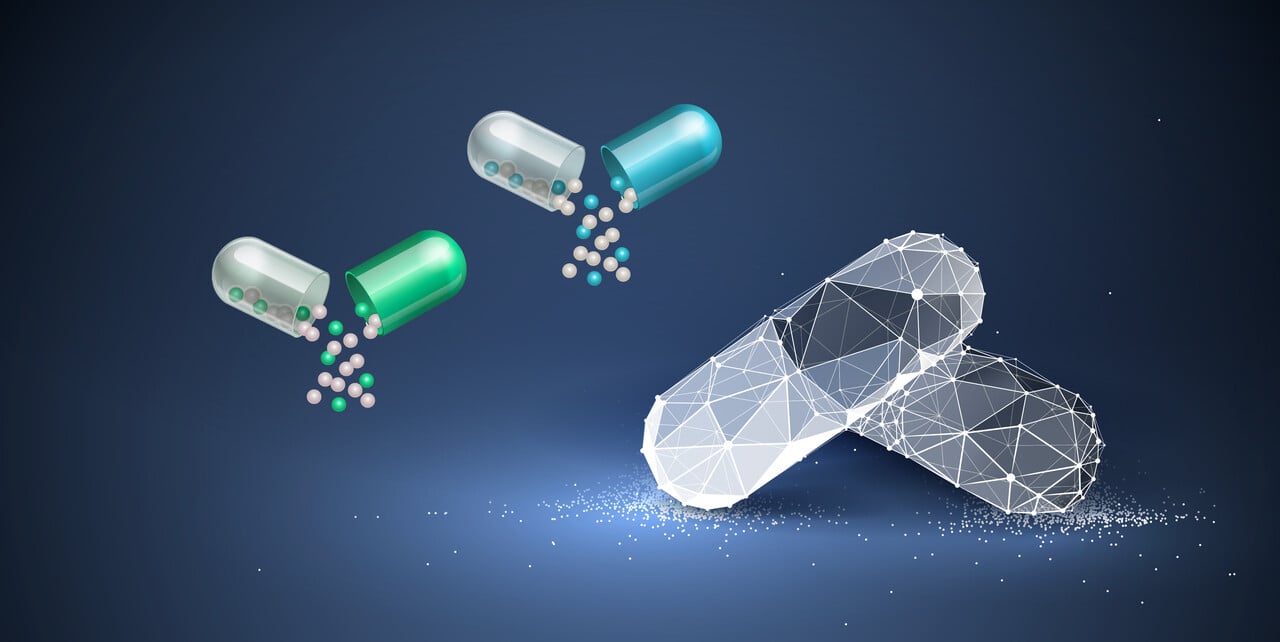 However, despite the well-documented benefits offered by combinatorial drug strategies, the identification and translation to the clinic of new and effective drug combinations remains challenging, especially when it comes to the evaluation and quantification of drug combination effects.

Three types of drug combination study designs are most commonly implemented, and the one that is chosen is largely dependent on the research question(s) being asked. In addition, it should be noted that combination screening studies can be run with a few models, or across large, stratified panels of 3D organoids alongside 2D and 3D cell-line derived in vitro models.

As for analytical models, there are two main ones that can be used, and the one that is selected is dependent on the research question(s) being asked and whether it is known whether the drugs target the same pathway or not. For both models, heatmaps and surface plots are provided as visual representations of the data.

The first type is the Loewe additivity model defines the expected effect as if a drug was combined with itself and is useful to evaluate whether compounds A + B provide a more powerful response, as opposed to the effects of simply increasing dosages of A or B alone. 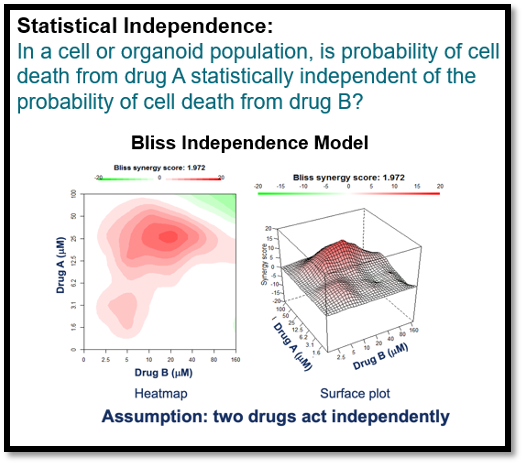 High content technologies are now being used in high-throughput in vitro multi-drug combination studies. As described previously, the term “High Content” generally refers to the fact that many morphological parameters/features (which are measured using fluorescent dyes) of individual cells can be simultaneously evaluated in an automated fashion, such as cell cycle status, cellular and nuclear morphology, cell viability, receptor internalization, protein aggregation, and so on, in traditional 2D cell lines, spheroids, and organoids.

HCI and HCA were recently used to successfully support a complex, matrixed, three-drug combination screening where phenotypic changes in the lumen and organoid area were quantified to answer specific research questions. The results of the 3D image analysis are shown in the plots (A) and images (B) below, while the quantification of phenotypic changes and matrixed response measurements are shown in the heatmap (C).

Combination therapies represent an important strategy for treating various complex diseases. While their identification has been traditionally challenging, novel technologies are enabling researchers to identify effective novel combinations more efficiently. However, combination drug screening study designs are highly dependent on the research question(s) being asked, so prior to embarking on a new study, we suggest getting in touch with experts in combination drug study design to ensure your study is optimized for success.

Learn more about how Crown Bioscience can support your multi-drug combination screening project.