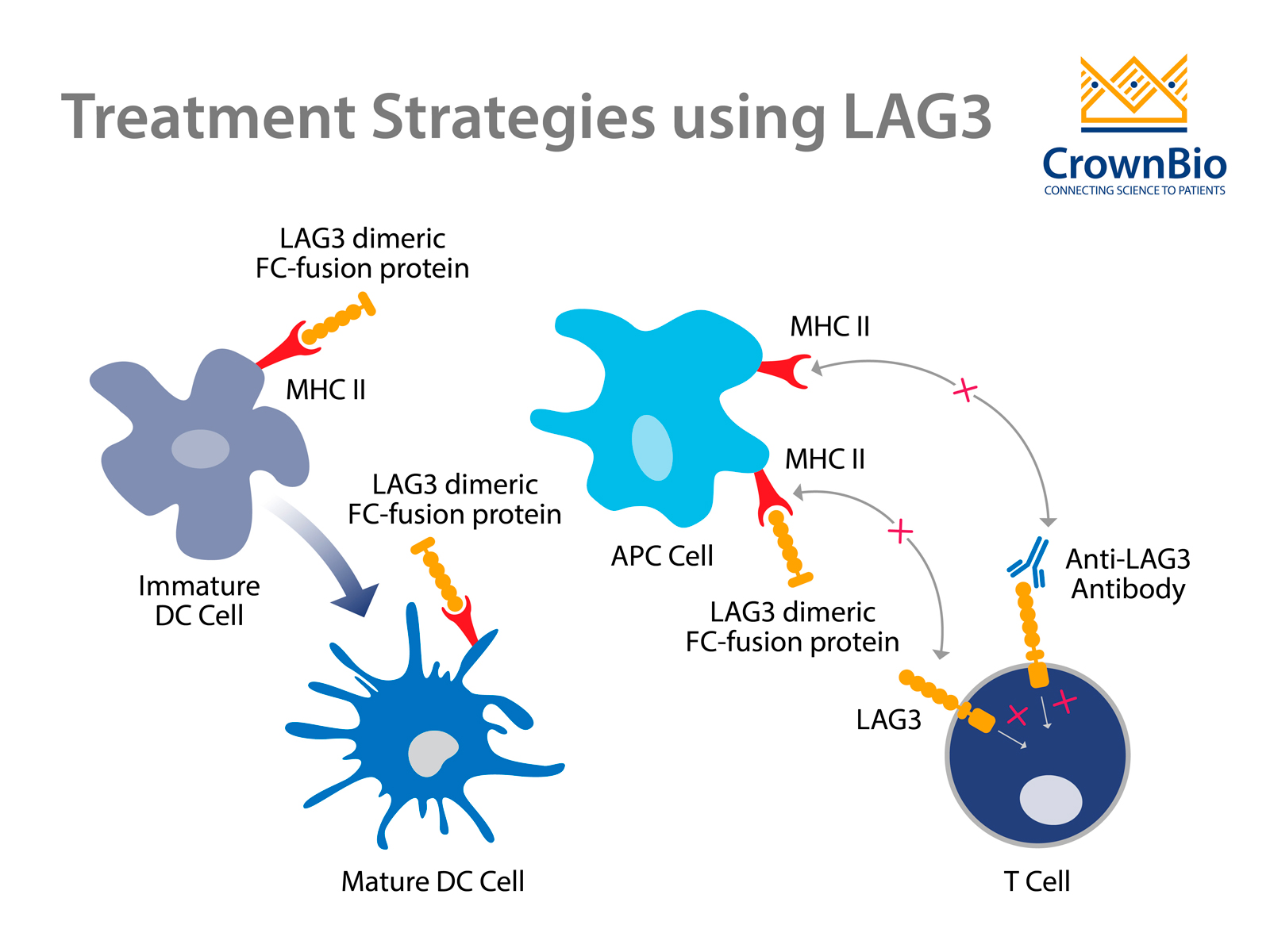 As we continue our discussion of the immune revolution in cancer therapy, we look at the benefits of targeting LAG3, an inhibitory pathway molecule.

The Success of Immunomodulatory Agents

The immunotherapy revolution in oncology has improved the outcomes of many patients by enhancing the patient’s own immune system to fight cancer.

Examples of molecules in the first class include, but are not limited to, immune checkpoint molecules such as CTLA-4, PD-1/PD-L1, LAG3, and TIM-3. Molecules like CD40, OX40, ICOS, and CD137 are examples of the second class, and are collectively referred to as co-stimulatory pathway molecules.

Immune checkpoints were the first to be targeted for therapy. A number of drugs targeting these molecules are already approved, with immune checkpoint therapy having proven itself a powerful strategy against various cancers.

This therapy typically takes the form of a blockade, where a single antibody is used to block the interaction between a particular targeted molecule and its receptor. Examples of this are the drugs approved for CTLA-4, and PD-1/PD-L1 blockade therapy.

Despite the impressive impact of the CTLA-4/PD-1/PD-L1 blockade strategy, many patients suffering from various cancers still fail to respond to these drugs. This has led to increased efforts in targeting other molecules in the inhibitory pathway, including LAG3.

In addition, since many patients have limited response to treatments targeting a single molecule, there’s a lot of ongoing preclinical and clinical activity looking at combination therapies.

Tumors take advantage of these immune checkpoint mechanisms by promoting an environment that leads to the upregulation of inhibitory receptors, and therefore the subsequent exhaustion and tolerization of T cells. This leads to functional impairment of T cells, as shown by reduced proliferation, cytokine release, and tumor-killing activity.

This is one of the strategies that tumors employ (along with others), such as the recruitment of regulatory T cells to prevent its elimination by the immune system. This resulting immune tolerance has been the subject of immunotherapy approaches that aim to reverse T cell exhaustion. Targeting inhibitory receptors acts “to release the brakes” and allow rejuvenated cytotoxic T cells to attack tumors (the immune checkpoint inhibitor strategy).

The Role of LAG3

Lymphocyte Activation Gene-3 (LAG3; CD223) is a member of the Ig superfamily of proteins. It’s a type 1 transmembrane protein and was discovered on activated human NK and T cells. In addition to these cell types, it’s also expressed on activated B cells and plasmacytoid dendritic cells.

LAG3 binds to MHC class II, reportedly at up to 100-fold higher affinity than CD4. Other speculative ligands for LAG3 are galectin-3 and liver sinusoidal endothelial cell lectin (LSECtin), and it’s possible that other ligands are still to be discovered.

LAG3 plays a role in T cell proliferation and activation as a negative regulator of these processes. LAG3, along with other inhibitory receptors, helps to keep cytotoxic CD8+ T cells in an exhausted state during highly inflammatory environments such as a chronic viral infection. LAG3 has also been implicated in memory T cell expansion, Treg function, and the activation and maturation of dendritic cells.

For oncologic applications, there are two main strategies being employed in targeting LAG3.

IMP321 interaction with MHC class II on DCs upregulates CD80/CD86, which are involved in T cell priming. The stimulation of DC with IMP321 also leads to the production of chemokines (CCL22, CCL17) that lead to migration of CD4+ and CD8+ cells to secondary lymphoid organs for priming. IMP321 may also activate CD8+ T cells via maturation of DCs.

So far, IMP321 has not shown overwhelming efficacy as a monotherapy, but there may be interest in pursuing this strategy in combination therapy.

In addition to activating effector T cells, antagonistic LAG3 antibodies can also inhibit Treg suppressive activity. This dual mechanism of action makes LAG3 an interesting target for checkpoint inhibition, since other checkpoint targets (such as PD-1/PD-L1 and CTLA-4) only activate effector T cells.

Several antibodies against LAG3 have been tested, both preclinically and clinically. There are ongoing clinical trials looking at the efficacy of anti-LAG3 antibodies as single agents or in combination with other checkpoint inhibitors.

Inhibitory pathways molecules were the first class of the current I/O therapies to be approved. CTLA-4, PD-1, and PD-L1 defined what are known as the checkpoint inhibitors and have been shown to be successful.